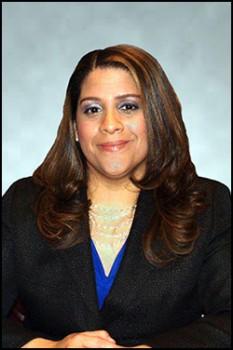 On May 16, 2009, Governor Jon S. Corzine made history in the State of New Jersey when he nominated Camelia M. Valdes as the Passaic County Prosecutor. When Ms. Valdes was confirmed by the Legislature, she became the first Latina county prosecutor in the State of New Jersey, the first woman prosecutor in Passaic County, and the first lead prosecutor of Dominican ancestry in the United States. As the chief law enforcement official in Passaic County, Ms. Valdes is responsible for the management of approximately 185 office employees, a $19.2 million office budget and the oversight of 16 municipal police departments, the police departments of William Paterson and Montclair State Universities and the Passaic County Sheriff’s Department.

Ms. Valdes has dedicated her professional career to government service. She served as Municipal Prosecutor in the City of Newark, a Deputy Attorney General in the New Jersey Attorney General’s Office, and as an Assistant United States Attorney in the U.S. Attorney’s Office in Newark. Her experience has ranged from investigating and prosecuting municipal offenses to complex federal crimes that included human trafficking, health care fraud, financial offenses, and violent crimes.

Prior to joining the United States Attorney’s Office, Ms. Valdes served as an Assistant Counsel to Governor Christine Todd Whitman and Acting Governor Donald T. DiFrancesco where she handled all aspects of criminal law. While at the Governor’s Office, two of her most notable accomplishments included working on the bills that created the New Jersey Drug Courts and the New Jersey Sex Offender Internet Registry.

Born to Dominican parents in the Bronx and raised in Newark, Ms. Valdes is a product of the Newark Public Schools. She received her undergraduate degree in sociology from Seton Hall University in 1993, her law degree from Rutgers Law School-Newark in 1996 and her LL.M. in Trial Advocacy from Temple University in May 2001. As the proud mother of two beautiful autistic girls, Isabela and Elsa, ages 9 and 7, Ms. Valdes endeavors to raise awareness about autism and special needs education.