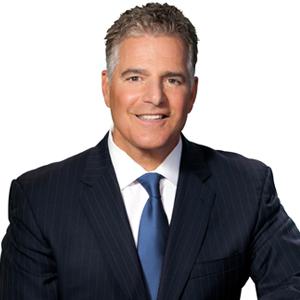 Steve Adubato, Ph.D., enjoys a distinguished career as a broadcaster, author, syndicated columnist, university professor, lecturer and motivational speaker.  A trainer and coach in the areas of leadership and communication skills, Steve also served in the mid 1980’s as New Jersey’s youngest state legislator at the age of 26.

Steve has also anchored many high-profile television specials including exclusive specials with NJ Governor Phil Murphy as well as US Senators, Bob Menendez and Cory Booker.  Steve has been the recipient of four prestigious Emmy® Awards for his work on public television, including “Best Host,” from the Mid-Atlantic Chapter of the National Academy of Television Arts and Sciences.

The CEC’s series air on PBS stations Thirteen/WNET (the flagship station in New York), NJ PBS, WHYY and WHYY’s Y2; on cable on News 12+; on radio on NPR stations WBGO and WQXR; and on digital platforms including Steve Adubato.org, NJ.com, YouTube, Thirteen.org, MyNJPBS.org the Thirteen Explore app, the NJ PBS app and in social media on Twitter, Facebook and Instagram.

As a media, leadership and communication expert, Dr. Adubato is a regular contributor to MetroFocus, a PBS series in the New York region and has appeared on NBC’s TODAY Show, CNN, MSNBC and FOX5 NY as a media and public policy analyst. Steve has appeared on national radio, providing analysis and commentary on SiriusXM and has also done significant work on regional radio on NPR as well as 77WABC and AM970.  Steve is also the host of Steve Adubato’s Lessons in Leadership with Co-host Mary Gamba, based on his book, Lessons in Leadership.

Dr. Adubato currently serves as a Buccino Leadership Institute Fellow at Seton Hall University teaching a master class in the spring 2023 semester. He has previously served as a distinguished visiting professor on the subject of leadership at New York University and has also lectured at the New Jersey Institute of Technology, the United States Military Academy at West Point as well as Seton Hall University. Dr. Adubato has published well over 1,000 articles on leadership and communication-related issues in a variety of publications.

A much sought-after motivational speaker through his firm Stand & Deliver, Steve has conducted communication and leadership workshops for a variety of clients in the corporate and non-profit sectors. Stand & Deliver is a dynamic, hands-on professional development and executive coaching program, which Steve created to help today’s professionals reach their potential as leaders.

Through Stand & Deliver, Steve developed the “Lessons in Leadership” platform to provide leadership advice, tips, and tools in the form of columns, videos, seminars, as well as his book, Lessons in Leadership. Columns and videos can be found through numerous print and online platforms including NJ Business Magazine, COMMERCE Magazine, Meadowlands USA Magazine, Stand-Deliver.com and SteveAdubato.org, among others.

As a syndicated columnist, Steve also writes a monthly column for New Jersey Monthly magazine. He is the author of five books, including three focused on interpersonal, professional and crisis communication: Speak from the Heart, which was featured in Fortune Magazine, as well as Make the Connection and What Were They Thinking?  You Are the Brand, examines the brand strategies of over thirty individuals and companies, while Lessons in Leadership explores the connection between leadership and communication offering practical leadership tips and tools as well as powerful case studies from prominent leaders. His sixth book due to be released in 2023 is titled, Lessons in Leadership 2.0: The Tough Stuff and will feature tips, tools and lessons on innovation learned during the global pandemic.